The Book Of Odin Activist Handbook

The book is your activist guide and handbook if you are a Child of Wotan. 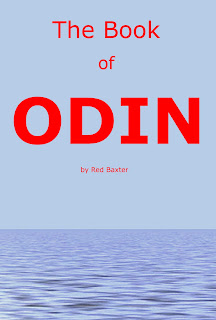 As a learner, on the topic of "Odin", you will be blithe to finally, at last, get ahold of the truth, that the tale of Wotan, and the tale of Odin, began with two unlike celebrities.  2 men, not one.  Later, their tales were collated into one tale, 1 celebrity.

Those, of us, who have little, or none at all, melanin, and whose eyes are blue -- have we no first father? And, if we have, then who is it, our first father, if not Wotan?

Asatru and Irminsul will not brin victory to the Children of Wotan. They are celebrity-worship, brought into our lands by Finda's folk, and foisted upon us generation after generation.

It is the same, as though we were to look forward to our children, generations from now, and find them worshipin Paris Hilton and Zac Efron as gods,

...except that Odin and Wotan actually had some merit and authority that we can rightly heed to.

The memory, of Odin and Wotan, were "borrowed" or "stolen" by the "priests from the East" in order to cook our ancestors' goose, in their goofy celebrity-worship religion.

The Uppsala cult was begun by strangers, who later interbred with our forebears, and, thus, their spawn took on our appearance. This is written in the Oera Linda Book, so don't give, to me, no virtual lip, about it.

The topmost thinkers will be able to bind together history, saga, Oera Linda Book, astrology, s'astras, Bible, Vedas, nature-study, Jung, and  numerology without seam. It is the mark of the avant garde, the thinker of the future.

The writer Red Baxter is a priest, who is aware of the astrological significance of the Wotan archetype, denoted by the Hamburg School hypothetical planet Cronus, the crow. Cronus is the same as Wotan.  The planet, not the mythological figure.

If you want to see the Kindle Book of Odin, then cast your gaze here:  The Book Of Odin